Analysis of Mining Industry in India

Analysis of Mining Industry in India

Whether its countrymen are willing to admit it or not, India has become an emerging power.
Over the past decade, India’s GDP has grown at an average annual rate of 7.3 per cent, making it one of the most watched countries in the world for economic growth.
India is also a large country of mineral resources, the mining industry plays a very important role in India’s economic development, and the potential for future development is inestimable.
At present, China’s mobile phone, Internet and other industries have been ploughing the Indian market for many years, and have made remarkable achievements.
In the face of such a vast and unlimited potential market, why do we Chinese mining enterprises still cling to the less prosperous domestic market, why not go abroad to India to have a look, perhaps it can bring you an unexpected surprise!
Below, we will give a brief introduction to the current situation and investment environment of India’s mining industry for your reference.

I. main mineral resources and mining status in India 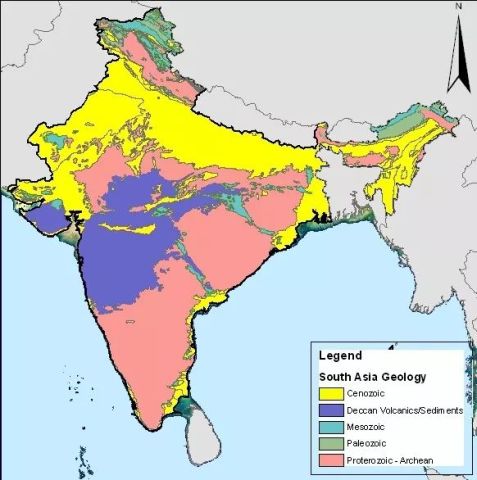 India is rich in mineral resources, comparable to Brazil, Australia and other resource countries.
More than 90 kinds of minerals have been found, including coal, bauxite, iron ore, manganese ore, chromite, ilmenite, copper, lead, zinc, titanium, gold, silver, barite, garnet and so on.
Among them, the reserves of chromite, ilmenite, manganese ore, zinc ore and barite account for 10.6%, 8.8%, 5.0%, 4.8% and 11.0% of the world’s total reserves, respectively.
It is the third largest chromite and ilmenite reserve country, the fourth largest barite reserve country, and the sixth largest manganese ore and zinc ore reserve country in the world.

Mining is one of the most employed industries in India.
According to official Indian reports, employment in the Indian mining industry (excluding atomic mining and secondary mining) was 477400 in 2017.
If mining personnel include minor minerals, the number of people employed in the mining industry in India should be more than one million.
India is an important exporter and importer of mineral products in the world.
Every year, India exports a large number of mineral products such as coal, bauxite, chromite, iron ore, titanium ore and concentrate, zinc ore and concentrate, barite, and imports oil, natural gas, copper concentrate, potash, phosphate rock and other mineral products.
In fiscal year 2015-2016, Indian mineral exports reached 1.7 trillion rupees (US $25.5 billion), accounting for about 10 per cent of India’s total merchandise exports.
The Government of India attaches great importance to mining development and planning.
As early as 2011, India issued a strategic white paper, which made it clear that by 2025, the contribution of the mining industry to GDP would reach US $2100-250 billion, with an average annual growth rate of 10% to 12%, and the proportion of GDP to 6% to 7%.
By 2025, 13 million to 15 million jobs will be created.

According to the Indian Constitution, the ownership of mineral resources belongs to the state governments, but the main mineral management belongs to the central government.
The main minerals include oil, natural gas, coal, copper, gold, silver, iron, manganese, lead, zinc, rare earths, uranium, diamond and other minerals.
The state government has full control over secondary minerals and collects royalties.
Minor minerals include 55 kinds, mainly building stone, gravel, ordinary clay, ordinary sand and so on.
1.
Mining investment policy.
The Government of India encourages mining investment and mining development, which is considered to be of paramount importance to the national economy.
India welcomes foreign mining investment and its basic foreign mining investment policy:
Domestic and foreign enterprises are treated equally;
For non-oil and gas minerals and atomic minerals, foreign investors may hold 100 per cent of the shares in mining enterprises, with the exception of minerals and ores containing titanium;
Foreign investors may hold up to 49% of the shares in oil, gas and minerals;
Foreign investment in atomic minerals is prohibited;
Mining in backward areas can enjoy a tax exemption period of 5 years from the date of production, and a further 30% tax preference can be enjoyed in the next 5 years.
Investors can get 100% depreciation for the expenses of using environmental protection equipment, pollution control equipment, energy-saving equipment, etc.
Investors can enjoy low tariffs and other treatment for capital equipment used in mineral development.
In addition, the Indian government encourages mineral exploration activities and allows private companies access to government geological data.

To carry out mining activities in India, you must have a mining lease.
In accordance with the latest Indian Mine and Minerals (Development and Management) Amendment Act 2015, an auction mechanism has been introduced when mining leases are granted to all minerals; mining leases are valid for 50 years;
Upon expiry or termination of the lease, the lease shall be re-auctioned in accordance with the procedure.
The holder of a mining lease must carry out mining operations within two years of the effective date of the lease; otherwise, the lease will expire.
Mining operations have been suspended for more than two years and mining leases have expired.
Mining must be carried out in accordance with the approved mining plan.
The holder shall submit an annual report on mining to the regional administrator or authorized official and the State Government.
Mining plans must be reviewed and updated every five years.
The next five-year mining plan shall be submitted to the competent authorities for review at least 180 days before the end of the mining plan.
Under lease conditions, within five years from the commencement of mining work, the lease holder should carry out detailed exploration work for the entire potential mineralized area.
For minerals found in any lease area, the central government has the right to authorize the Geological Survey of India or other authorized units to carry out geological surveys and studies to understand their scope, quality, origin, metallogenic regularity, and so on.
During the duration of the lease, the lease holder may not abandon the mine without the prior written permission of the authorized official.
Each mine must have two types of mine closure plans-the entry closure plan and the final mine closure plan.
Upon the temporary suspension of mining operations and the resumption of production of the mine, the lease holder shall submit a notice to the authorized official and the State Government that it should reach the authorized official within 15 days of the resumption of mining operations.

3.
Mineral royalties and land rents.
1) royalties.
India levies different royalty rates on different minerals, and the method of calculation is different.
For example, iron ore: 15% of the average selling price; diamond: 11.5% of the average selling price; tungsten: WO3 of 20 rupees per unit.
2) Land rent.
According to their values, India divides various minerals into four categories: precious metals and gemstones; high-value minerals; medium-value minerals; and low-value minerals.
Depending on the value of the mineral, India’s rent for the land contained in the mineral lease varies.
For low-value minerals, the annual rent rate per hectare is 400 rupees per hectare for the second year of the lease, 1000 rupees for the third and fourth years of the lease, and 2000 rupees per hectare for the fifth year and beyond.
For medium-value minerals, the rent is twice the standard for low-value minerals; for high-value minerals, it is three times; for precious metals and precious stones, the rent is four times.
4.
The external factors affecting mining investment are constantly improving.
1) contradiction of community interests.
Many mining activities in India, including some large-scale mining activities, mostly take place in poor and backward areas, and mining development activities not only do not bring substantial benefits and benefits to local communities and rural areas,
On the contrary, it has brought serious adverse effects to local industrial and agricultural production, and the public has reacted strongly.
In recent years, under the advocacy of the government and legal requirements, mining companies have paid further attention to the interests and aspirations of the people of the communities around the mining area, continuously increased their support and support to the people of the affected communities, and established regional mineral fund organizations.
The contradiction between mining companies and communities has been alleviated to a great extent.
2) Environmental issues.
The environmental problems caused by mining to India have always been a major criticism in India, and have also attracted the attention of relevant world organizations.
In recent years, India has strengthened the mine environmental protection nuclear safety law enforcement, and issued a series of strict mine environmental protection nuclear safety regulations and measures, so that India’s mine environmental problems have been initially improved.
3) illegal mining.
The problem of illegal mining has long been a stubborn disease in India.
In recent years, in order to curb illegal mining and protect market order, the Indian government has established a mining supervision system, strengthened law enforcement supervision, and legislated to increase the punishment of illegal mining behavior, so that the problem of illegal mining has been improved to a certain extent.
4) Infrastructure development.
In recent years since Modi came to power, in order to accelerate economic development, the Indian government has planned and formulated a series of national development goals, including railway, road, power, telecommunications, port, water supply and other infrastructure construction projects.
These provide new impetus and conditions for the development of mining economy.

Summary.
According to the 15 main factors affecting the mining investment environment (political stability, mineral resources potential, mining policy consistency, standardization and predictability of mining management, stability of exploration and development conditions, mine environmental protection,
Infrastructure conditions, land access, level of mining taxes and fees, government management framework and efficiency, cooperative attitude of trade unions, availability of geological data, importance of mining industry, resource nationalism,
Relations with China) and the four levels of the mining investment environment (favorable, more favorable, generally favorable and less favourable,
Or excellent, good, general, deviation) division principle, there are 10 favorable and more favorable factors for Indian mining investment, political stability and mineral resources potential are in a more favorable category.
The assessment therefore concluded that India’s mining investment environment should be between a more favourable and a generally favourable level.
If Chinese enterprises want to carry out mining investment activities in India, they should pay special attention to exchange rate changes, community issues and changes in mining policies in addition to political risks, infrastructure and prudent investigation.
In any case, the domestic mining market is extremely depressed, and India, which is in vain, may be your chance to create another brilliant opportunity.
Excerpt from: current trend and Investment Environment of Mining Industry in India [J].

About the Author: sadmin